Today's card is a funny one...made from a cd but sadly I don't know who it's by!

The cd is called Cheeky Chappies Seaside I believe but that could be totally wrong as it could have been renamed when I put it onto my external drive!

The idea behind the sheets is the old saucy postcards that were the rage and sadly no longer available as so un-PC!!!

To make my card I used a 5x7 scallop edge card blank – I printed off a sheet of blue and white stripped paper so used some to cover the card leaving a border – I rounded the 2 bottom corners with the corner chomper before sticking in place. 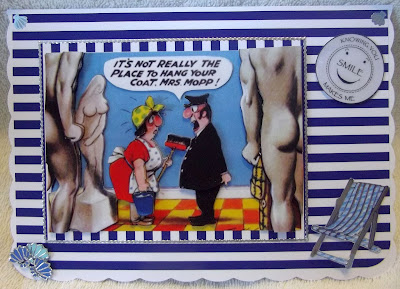 I cut out the postcard base image and all the decoupage, and used a piece of the striped paper with the stripes going in a different direction to mat the base image and placed that slightly to the left of the card. Then I used some silver wavy edge border peel off's to edge the postcard and make it stand out. 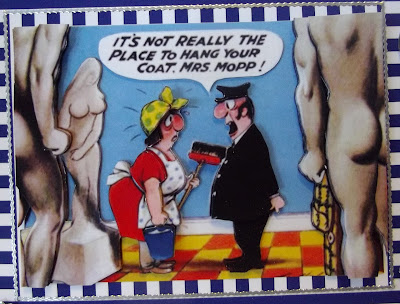 After building the decoupage I fixed it in place with small double sided sticky pads then it was time to embellish. 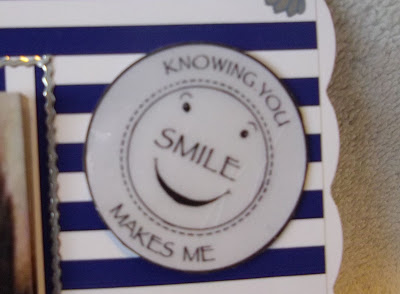 As I have loads of assorted circular sentiments from http://www.littleclaires.co.uk/ I chose Knowing You Makes Me Smile – I triple embossed with clear embossing powder before putting on the card 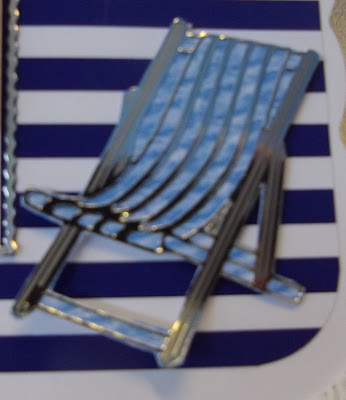 As I think the postcard suggests seaside I used some seaside themed peel off pictures, one was a deckchair which I stuck onto an oddment of blue patterned paper then cut out – I used shells of different sizes and shades of blue card, stuck the shells and then cut out = these were put in a cluster at the bottom left corner and 1 in each of the top corners!!
I used glossy accents for a few sections of the postcard just to lift it a little! 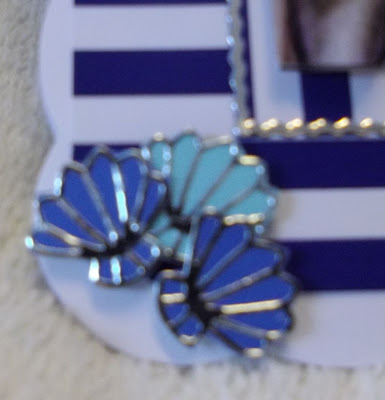 This card really does make people smile....don't you agree??

Thanks for dropping by....