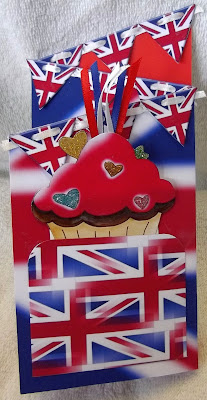 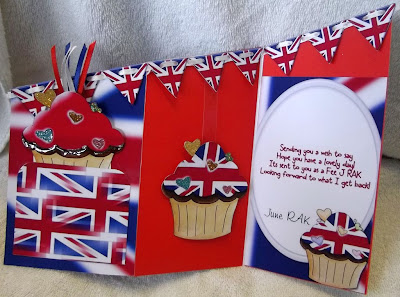 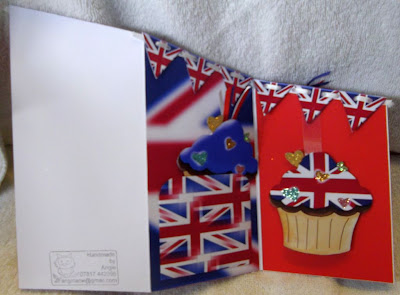 Seeing the sheets – it was 2 backing sheets with union flag designs, a sheet with bunting in 2 sizes as well as 3 cupcakes and then an insert I wasn't filled with inspiration 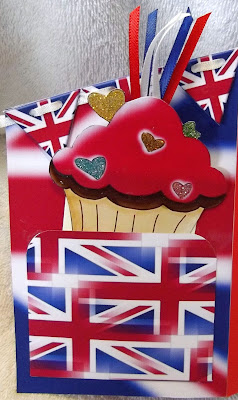 So I laid out the sheets and also card stock in white, red, blue, black and some pastels to see what went best with the sheets – nothing did! 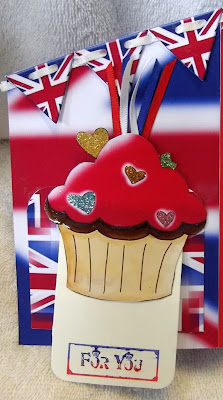 I tried a tent fold, half fold, gatefold, fold back – but nothing jumped out at me! 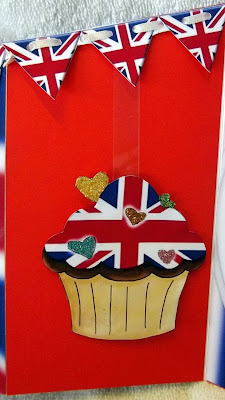 Then one night a few days ago I woke up at stupid o'clock as I do – came into the craft room and everything fell into place! 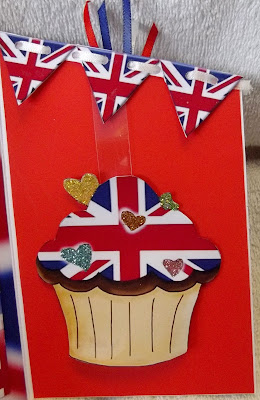 So to create the card I covered the shortest section with the largest designed paper, did the same with the middle section too 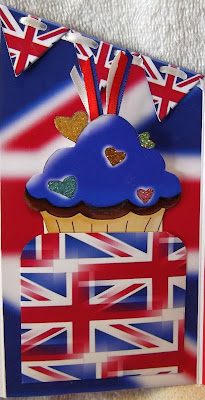 I cut out a panel of the other backing, scored down 3 sides and folded them, attached to the lower part of the panel to create a pocket.

I stuck the small bunting onto scraps of card then cut it out in 3's, using the Crop-o-dile I punched a small hole in 8 places across the bunting and slotted narrow white satin ribbon through, the bunting was then attached on every panel – front and back. 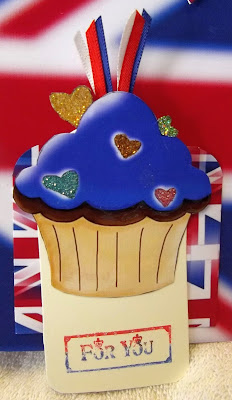 Using some tags I had cut on my craft robo I then stuck the cupcakes to the tag – stamped a simple sentiment in coloured inks and then glittered the heart decorations on the cake icing using coloured glitters. I added red, white and blue narrow satin ribbon to the tags and cut off at an angle. The tags slipped into the pockets and showed the cupcakes perfectly!

Because of the card being a tri fold I couldn't add the insert as such so cut it down to fit the back panel – I first covered the panel with a thick red vellum to keep in with the look of the card, the insert was stuck towards the bottom and the bunting across the top! 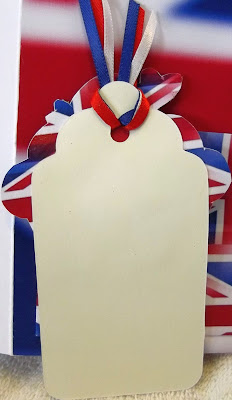 There were 2 panels that were covered with a backing paper but instead of adding pockets I attached the cupcakes to a piece of acetate and that was stuck under the bunting so the cupcakes float free!!!

Even now I look at the card and just cannot believe I have actually made this – especially when I think how I came close to throwing in the towel through lack of mojo!!!