3d Room WIth A View Wedding

Hello again
This card is one I made for Beth when she was over run with card orders
I was just told a very special wedding card for a grand daughter
I know exactly what I was doing for it! 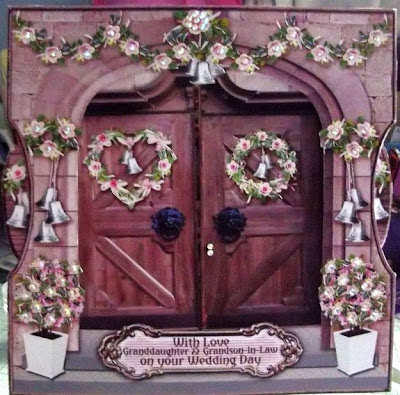 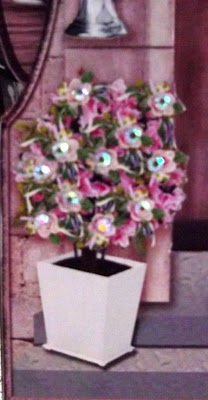 I started by trimming away some of the white from all the sheets then sprayed the back with Crafters Companion Stick & Stay, this was then secured to a sheet of 300gsm smooth white card

I then started the cutting out – if you struggle with cutting out I suggest you give these kits a very wide berth. 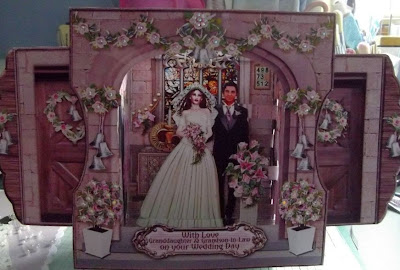 If you have plenty of time to make the card then do have a go at it, I think it took me around 3 or 4 hours to cut everything out

They are very simple to make up once you have followed the picture tutorial or better still been showed by someone.
We did this is class and the ladies loved it – they did this one over 2 weeks so that was around 6 hours. 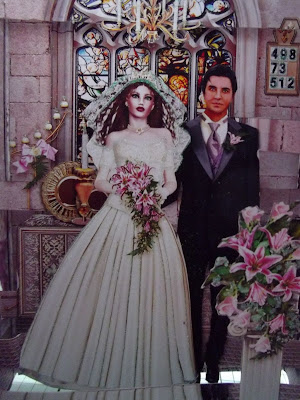 I decorated the layers as they were cut out, so the wedding gown was glittered and all the flowers inside the card were either glittered in coloured glitter or had 2mm coloured flat back gems added 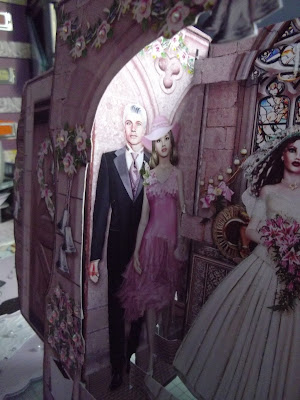 Once the doors were slotted through the middle openings and the the inner all made up – this was just a case of fold over the end pieces, push them through the corresponding slots – re-open the end pieces - job done...it was time to stick the sentiment to the back of the card 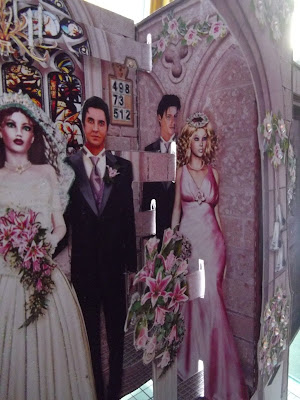 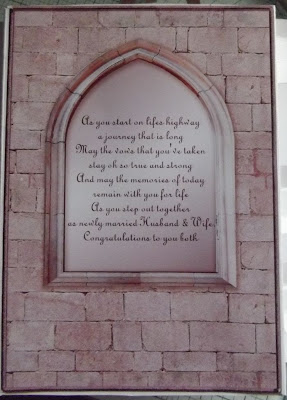 All that remained was the front frame – I used 2mm pale pink flat back AB gems inside every flower and made up a cluster of gems in the posy at the top
I didn't use gems – just glitter – on the doors as I thought when they are constantly opened and closed the gems will ping off – glitter worked well enough
One more thing - the card pushes almost flat so great for posting out - it measures approx 8x8"
As you can image Beth and her customer were over the moon with this mini work of art – it really is a wedding keepsake!!
See you next time
x