I hope you all had a lovely Christmas and were good all year so Santa visited and left you some yummy gifts.
We were invited to our daughters and had a great day despite me not been well at all...but I wouldn’t have missed seeing them for anything.

And so on to this set which includes card, bookmark and a box which I have made today ready to be swapped with a partner in a group I belong to.
I used an old Cupcake cd for the sheets, it’s called Bloomilicious and I used set 16 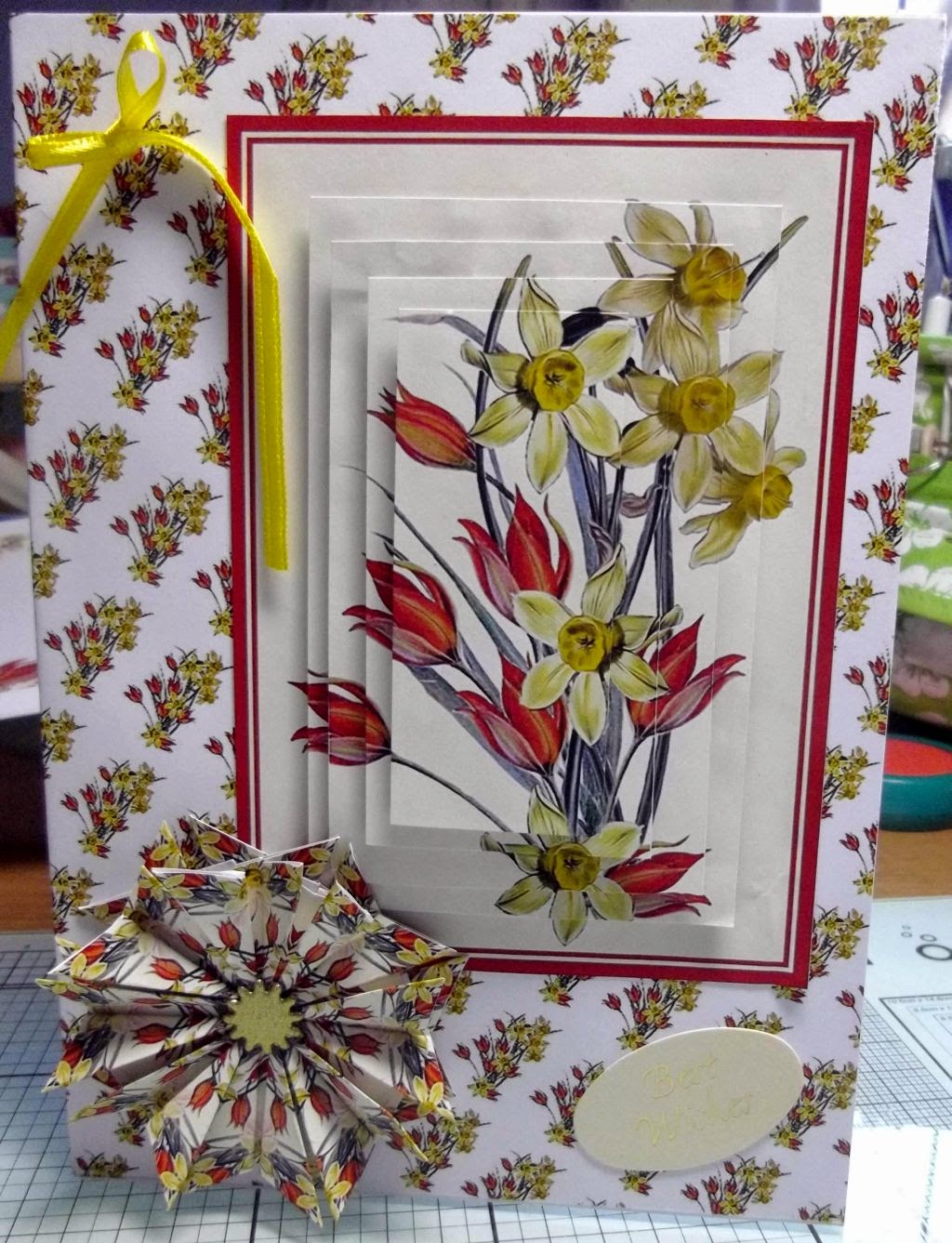 To make the card i folded a sheet of white A4 card in half to make an A5 card. I had printed off 2 sheets of backing paper so I chose the sheet with a small pattern and covered the front of the card folding about 2 cm round the spine and gluing into place. Next I cut out the pyramage pieces and built them into my topper with I them stuck to the top right of my card. I used a length of plain white 3mm satin ribbon and coloured it using a yellow pro marker, once it dried I tied into a small bow, left long lengths dangling and stuck to top left of the card with a sticky dot.
Next I cut out the full page of teabag squares and folded and stuck them into a medallion, pushed a glittered star brad through then stuck the medallion onto the bottom left of the card and a small best Wished sentiment finished the card front. 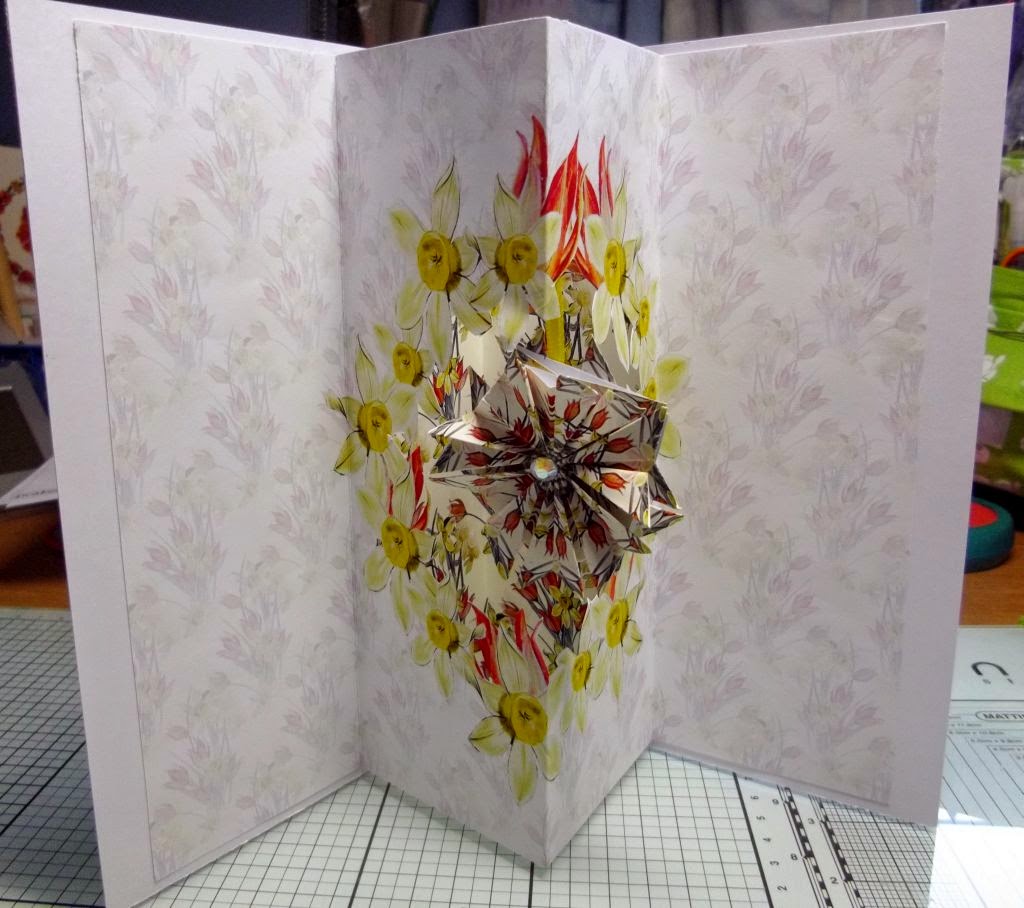 For the inside I decided to use an insert which needed the centre cutting away, the insert was so badly faded, I printed it on different settings and different papers but nothing changed – I then decided to contact Cupcake to ask why it wasn’t printing correctly and was shocked to find that although Creative Crafting took over Cupcake they had nothing to do with Cupcake – I had thought they just decided to change the name but never mind, it looks ok now.
I trimmed down the other backing paper and folded in half and stuck into the centre of the card.
Next I folded the insert in half then folded into gatefold. I used double sided tape to stick in place.
I have a few teabag squares left so cut then down to 4.5 x4.5 cm, folded as the front medallion but this time I added a large ab clear gem to the centre and a length of he yellow ribbon was attached to the back and then into the top fold of the insert.

I used Picasa to add some text to the bookmark, on the reverse I added some info that I didn’t want to share hence the piece of patterned paper across it. I cut out the front and back and stuck to a piece of 300gsm card, rounded the corners then used the yellow promarker to colour the edges, punch a hole and added a length of thick chenille thread to it.

And finally the box = I printed it out then stuck the sheet to 300gsm white card then cut out all the pieces. 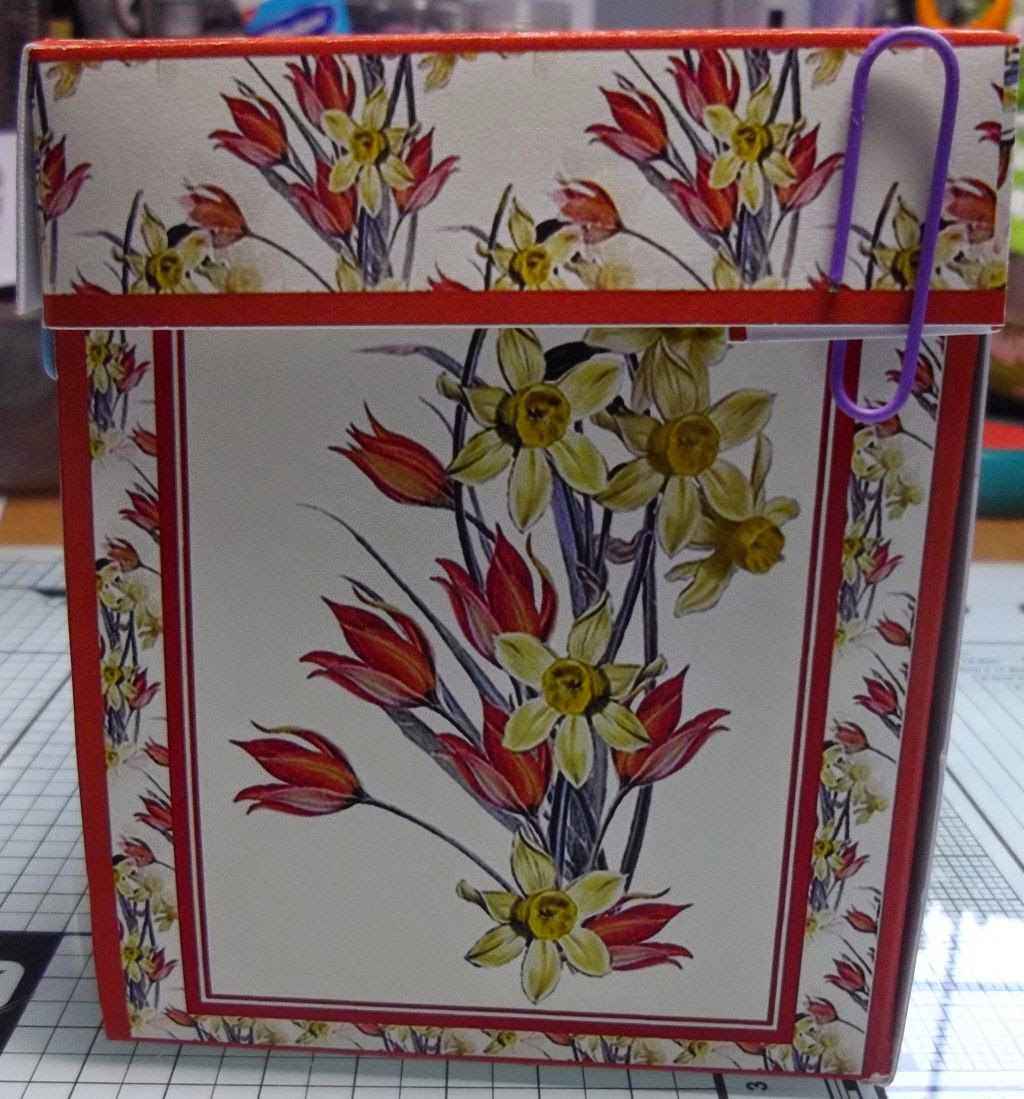 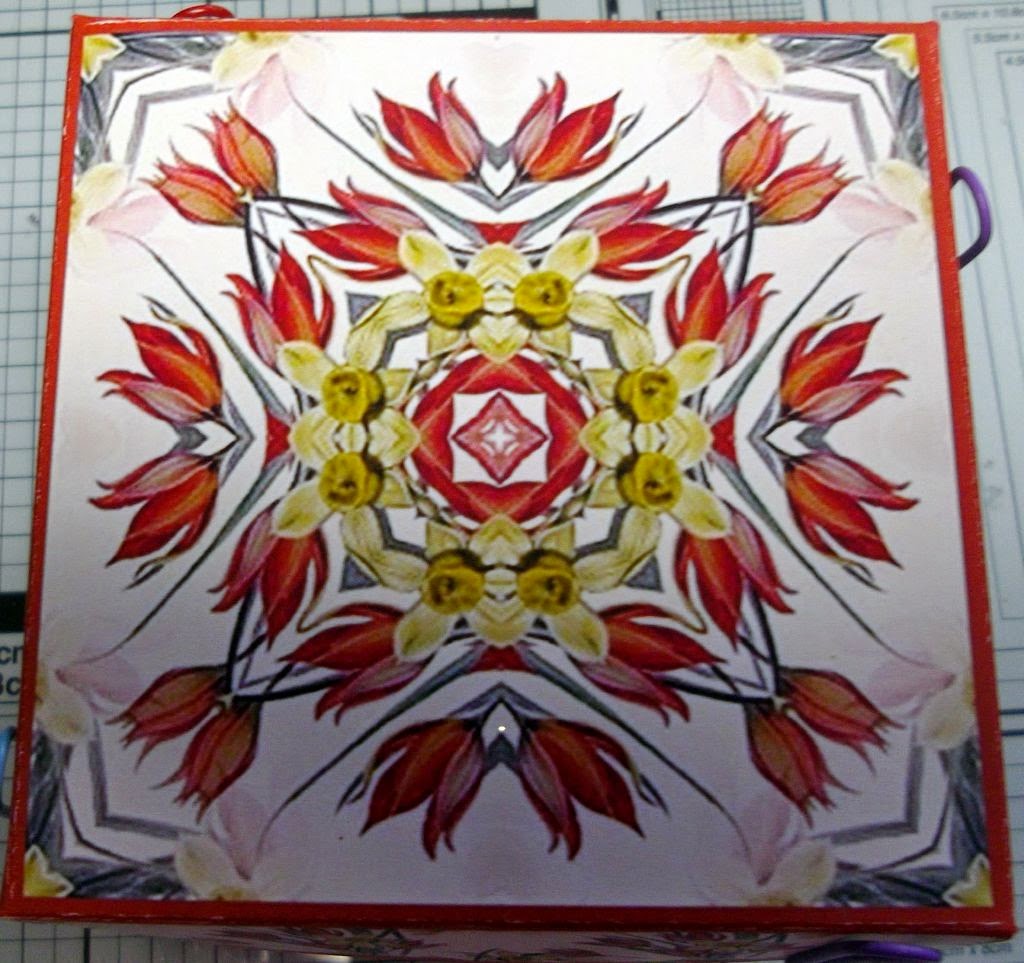 Once the box reaches my partner all she will need to do is peel off the backing paper and stick everything together.